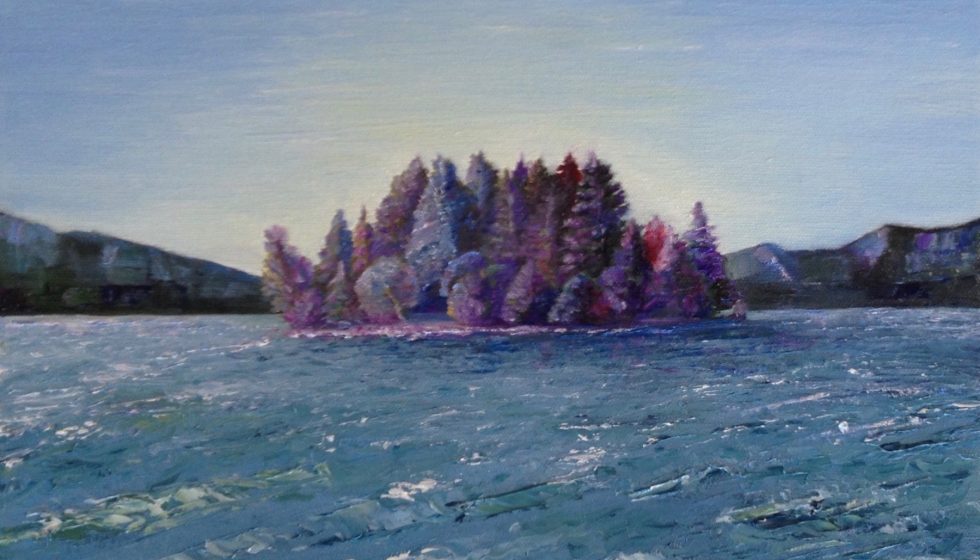 There is a man to my left.  We were facing each other but offset.  Both sitting on steps – like the kind that lead up to a college or a public building.  White stone, small risers with wide steps. We weren’t talking but we weren’t strangers.  It was a comfortable silence, as if we were just passing time together.  He wore olive green shorts, the outdoor kind, like Columbia brand and a soft light blue T-shirt.  Both were faded as if they were favorites.  There was a scar on his right calf, on his shin.  His legs were tan and the hair on them was light and almost strawberry blonde.  It looked like he had Teva sandals on and a big, big toe.  The man who sat across from me was muscular; with square knees and broad shoulders.  He had short reddish brown hair and wore small grey sunglasses.  Maui Jim’s or Revo’s with a thin metal frame, worn close to his face as if they were prescription.  I was in my flying clothes; Columbia long sleeved blue shirt, jeans tucked into Frye motorcycle boots, and my navy Stearman ball cap.  Our knees were less than a sidewalk’s width apart.  The light was to the left, a spotlight you couldn’t see what was behind it.  Not white but a yellow glow.  It was suddenly blocked by another man.  He stood next to me, maybe five feet away, but turned toward the man sitting on the steps.   He was muscular, tall, slightly broader then the man sitting across from me.  He knew him, they were friendly and warm to each other. The standing man had no face, just a shape, a dark silhouette, he blocked the light.  He felt sad, formidable, but not mean.  I wasn’t afraid of him.  The sitting man turned his head, almost imperceptibly, and nodded down to me.  I put my head down and looked at my boots.  Tucking my ponytail in the collar on the back of my shirt and slumped forward to hide my chest.  The sitting man stood up and moved between me and the other man. He was protecting me from him. Placing himself between us and hiding me in his shadow. He put his left arm around the shoulder of the shadow man and turned him around.  The two men talked, standing to the left of me, then walked toward the light. It wasn’t yellow as before, it was white. He was explaining something as they walked away together.

I woke up still in the dream.  The unconscious, conscious, few minutes before-the-alarm clock where I could stay in the thoughts of the night before. Most dreams are sound-bites of recent events, mixed with past memories.  They are funny bits, that are easy to figure out and forget.  The serious dreams are crystal clear and stand alone and apart from any recent events.   They have a realism to them, detailed and yet completely unfamiliar as if I watched myself in a movie.  Recalling the dream I had about the two men and the steps, I wanted to write it down. I picked up my iPad on the nightstand and dictated what I remember. I didn’t know what it meant but I knew it was important.

The morning light was washing my bedroom window gray.

I got up and walked the ten steps it took to get from my bed to the kitchen coffee pot.  I flipped the switch to on, and waited until just enough coffee was brewed to fill a cup and crawled back into bed to check my email.

An email was at the top of my inbox, again.