No way, no deal, no call, no interest, no sale, no sponsor, no money.  No money, no check, no artist, no answers, no comic, no thank you, no chance you would believe in me? NO. You wanna do what, that’s crazy you can’t do that?  Sarah you should dumb down, Sarah you should grow up.  Sarah you should shut down, Sarah you should give up. Sarah you should slim down, Sarah you don’t measure up.  No no no no no NO!  POOF…disappear into nowhere. I thrive in nowhere, happily flowing through creamy primrose skies with Buddy for months.  I love my adventures of turn left, turn right in the safety of nowhere, but I’ve never spent as much time in NOwhere, hearing so many NO’s, as I have this past year.  I was all NO’d out huddled on my kitchen floor in Lakeland, looking at the clothes-bomb that had gone off around me and stuffing the remnants into garbage bags to drive to Lake Geneva, WI. I told myself, “Don’t you give up baby girl.  Keep asking for help, don’t you listen to them.”  Butch up Barbie, think, pack, breathe, drive, SING.

I believe words are physical things.  That they stay in your skin, and stick in the walls of you and linger, sticky, embedded in the world around us, both good and bad. Words aren’t just words to me, they’re tattoos, and negative words are dangerous, poison ink.  There are other people that believe NO is the most dangerous word in the world as well.  Neuroscientist Dr. Andrew Newberg and Mark Waldman write about NO in their book, Words Can Change Your Brain.  Dr. Newberg writes that if he would put you in an fMRI scanner and flash the word NO for less than one-second, it would cause your brain to release dozens of stress producing hormones and neurotransmitters.  That these chemicals are toxic and can actually interrupt the normal function of your brain. Even seeing negative words, for a few seconds, can actually damage the structures of your memory, your feelings, and your emotions. Further if we vocalize negativity, or even make a slight frown when we say NO, that stress chemicals will be released, not only in our brain, but in the listeners brain as well.  Newberg and Waldman found that just hanging around negative people will make you more prejudiced towards others.  I’ve always believed words pack a greater punch than a punch does any day. 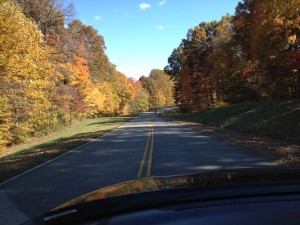 I drove two lane roads all the way from Florida to Arkansas for three days with the simple escape plan of moving forward.  Believing that if I asked enough people for help, someone would believe in me. Two new friends, Brent and Matt, were waiting to meet with me in Fayetteville, Arkansas at 8 o’clock Monday morning and I was determined to get somewhere, before I went home.  I was driving seriously sleep deprived, jacked up on caffeine and the SiriusXM radio Broadway channel. Compulsively singing along to musical’s to shake off NO and show it that I’m Not That Girl, chop it up in Mrs. Lovett’s Meat Pies, ship it off to Bali Hai, and bury it Somewhere Over the Rainbow.  Just after dark on the second day I was in the uncharted territory of Arkansas and it was time to find a hotel.  I wasn’t sleeping again and all I wanted to do was crawl in bed, pile a mound of feather pillows around me, and sleep for eight hours straight. Passing a town named Mountain Home, I decided this would be the perfect home for me that night in the mountains.  Three a.m. ZZZzzz-Zzzz-ZZzzz-hnnmmGGggh-snort- zZZzzz.  You’re kidding me. ZZZzzz-Zzzz-ZZzzz-hnnmmGGggh-snort- zZZzzz.  Really, what the fuck?  The walls of the hotel were so thin I could hear the guy snoring in the room next door.  I started to leak, then the drips came faster, and my leak turned into a steady stream of NO tears, pouring down my cheeks into my ears.  ZZZzzz-Zzzz-ZZzzz-hnnmmGGggh-snort- zZZzzz. I gave up and I curled my whole body around a lumpy polyester pillow as a synthetic sympathetic shoulder, and cried myself back to sleep. 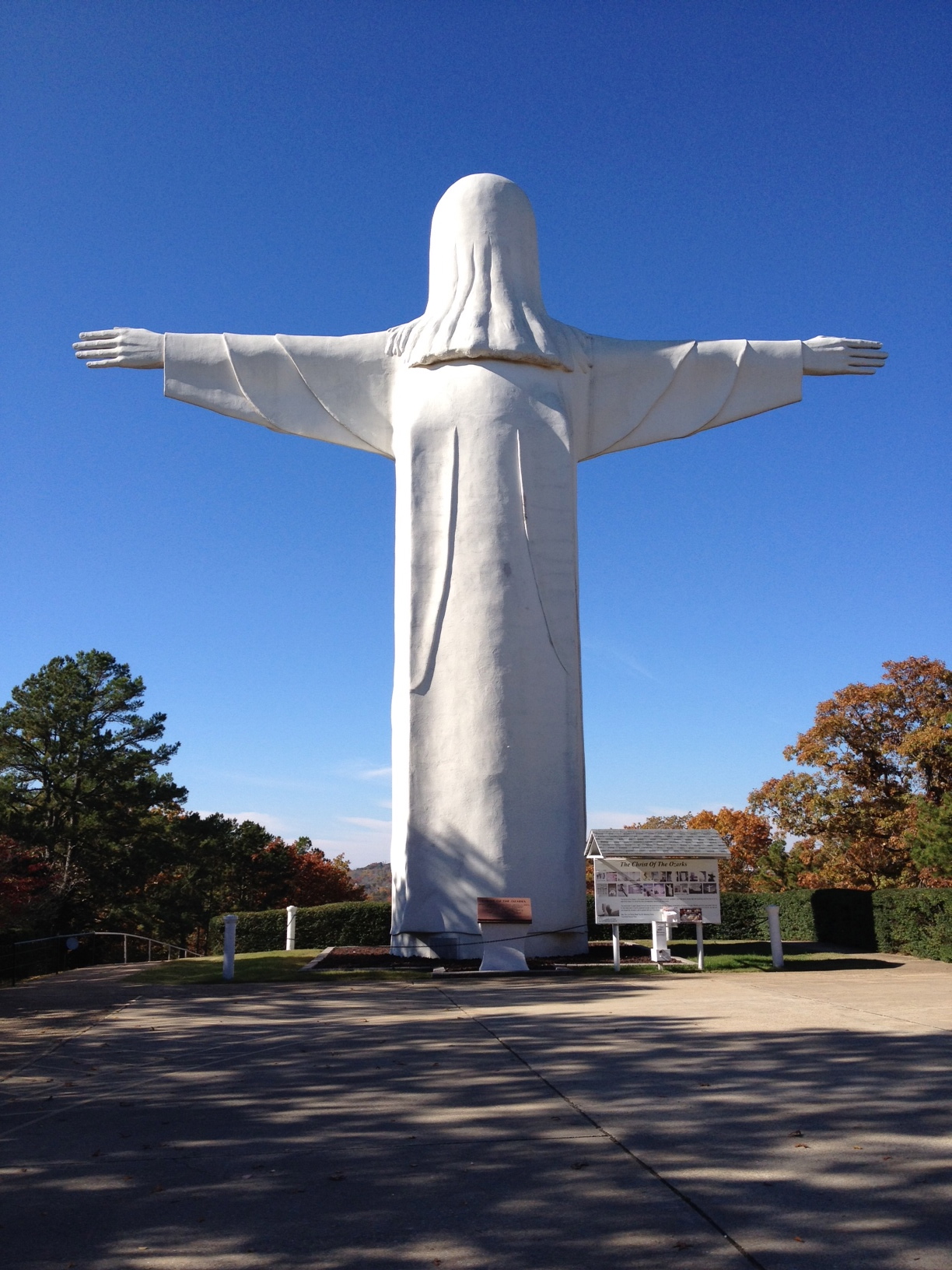 Sunday started on SiriusXM playing Sunday in the Park with George while I was flying in my rental car through Color and Light in the Ozark fog, putting together ideas of my invisible empire.  A road sign for Eureka Springs? If anyone needed a spring of Eureka it was me, so I detoured once more to see what was there.  Coming over a hill, I saw a giant white monolith.  As I got closer it looked like a concrete airplane, a WWII glider towering above the trees.  But the glider had hands?  Eureka – it was a really big Jesus!  A gigantic Jesus, like the statue of Christ the Redeemer in Brazil.  I parked behind the Christ of the Ozark’s and walked down the path, stood still and looked up.  What I saw there was not a statue of Jesus suggesting the crucifixion, what I saw was a flying Jesus.  His arms outstretched from his body representing one thing to me, flight.  Then my theater brain kicked in and I saw Rose on the bow of the Titanic.  I waved really big and said, “Hi flying Jesus.”  Then I saw that “my crazy” had come way too far off the porch, and I needed to drag it back inside before the neighbors called the cops.  In this case the neighbors were a really big Jesus, and I wondered if the cops would be even bigger?  And how big, bigger than really big Jesus cops would be, and how they would catch me? Would they step on me with giant concrete motorcycle boots, or would they capture me in a butterfly net?  That’s it Sarah, get in the car and lay off the coffee, I thought. 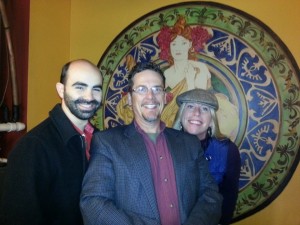 I drove away from really big Jesus towards the really small historic district of Eureka Springs and was stopped at a traffic light when Seussical came on XM.  I said, “Yippee, Horton! I love Horton Hears a Who!”  Apparently I said it really loud, because a group of Harley riders, all tatted up and coated in black leather, turned around and stared at me. One of the biggest guys with a skullcap and a handlebar mustache yelled in a deep bass voice, “I love the Cat in Hat.”  I burst out laughing and covered my face in my hands to show him how embarrassed I was, and yelled back, “Me too my friend!”  That’s when eureka sprang and I just kept laughing.   I’m different. I’m that different girl who flies around the country in a biplane named Buddy, who thinks that everything she sees in the sky is magic made just for her.  I talk to St Exupery when I fly, I wave at inanimate objects, and I believe that my airplanes can love me back. I like to color. I can digest a technical book on psychology in a day but I can’t tell you what 6×7 is. I remember places I’ve been to by what they smelled like, and I can tell where I am in the country by the color of the sky. I consult iTunes shuffle to see if there will ever be a hero in my skies, and in the meantime I sleep with a teddy bear so I won’t sleep with someone I don’t love.  I doubt myself weekly and I say I love you to me daily. I’m different and I’m exactly the same as everyone else in thinking that we’re all different.  We’re all alone in the universe and in feeling all alone in the universe together, we’re not really all that different, and not really all that alone.