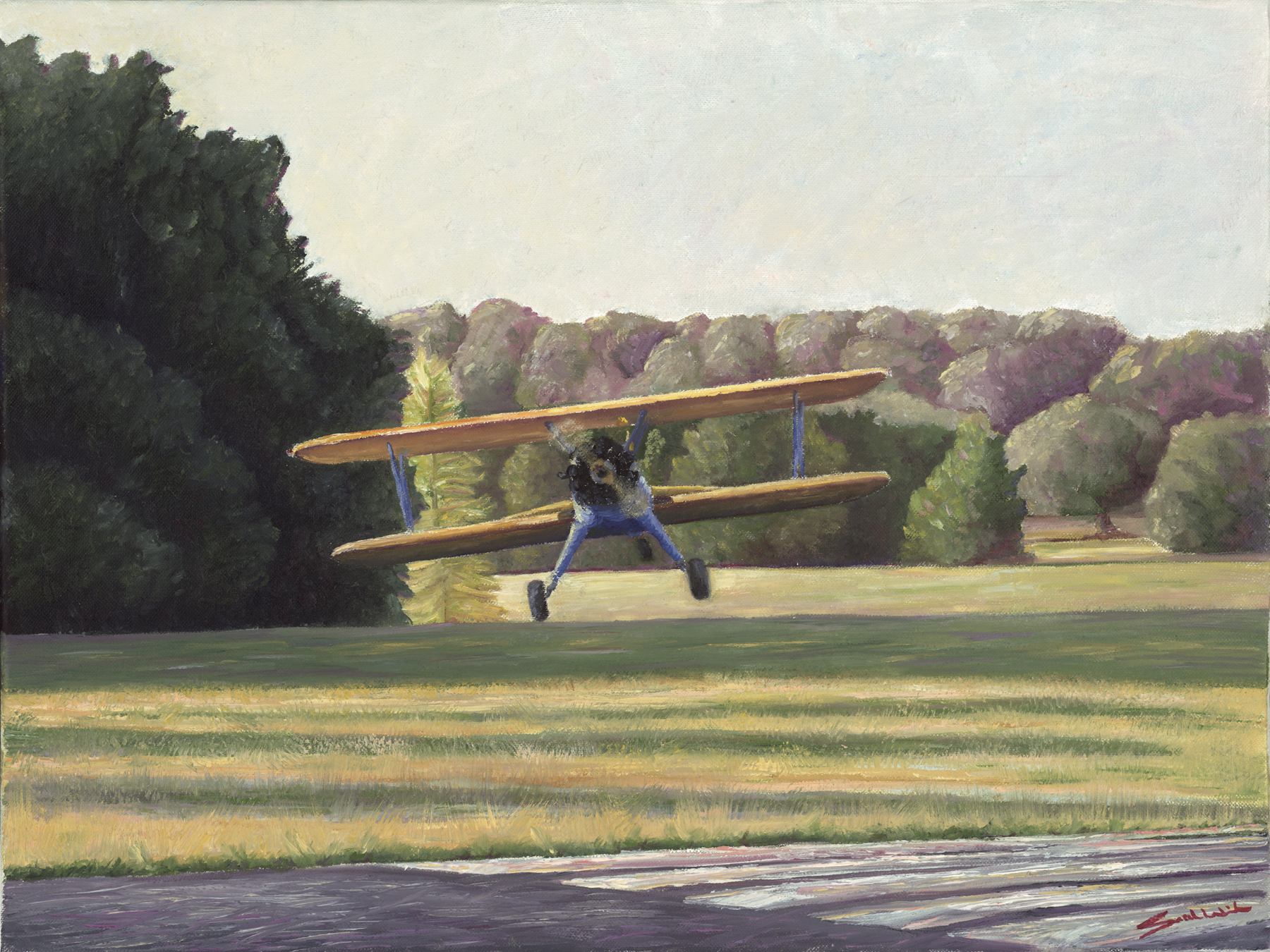 Missing the missing man.  We saved a slot for him in the sky on the airshow fly-by.  Look up.  Do you see him in the space we erased?  I do.  Look down, he’s standing right in front of you.  Go on.  Keep talking about the planes and how many men were killed in them.  About sacrifice and the meaning of loss.  He’s listening to every word you say.  Can’t you see his fuse ignite.  He’s smoldering inside.  Internal detonation.  It wasn’t a sentimental journey to him.  But he won’t say a word to you.  You just keep looking at the planes.  Commemorating the dead, forget about the living.  Enjoy the airshow.  You don’t see what you’re missing, but I do.

The missing man’s signaling dot, dot, dot.  Dash, dash, dash.  Dot, dot, dot from the inside.   Morse coding right now SOS.  An anxiety attack.  His shoulders are starting to shake, his chest is heaving, holding back his sobs.  Code Red.  Men don’t cry.   His head moves.  Left and then right, to see if anyone is watching him.  I am.  I’ll give you something to cry about soldier.  We discipline our own.  The missing man folds his arms across his chest.  Squeezes his biceps, his fingers digging trenches into them.  Silently ordering himself to “hold it together.”  Beat yourself up and stuff those emotions down.  Don’t loose it in a public place. The missing man’s shoulders are shaking harder.  Everyone is looking at the airplane formation and missing this man misfiring.  Breaking down in front of me.  Do something.  Help him.  I walked up and stood beside him, just close enough so my shoulder was touching his.  “Would you like a piece of gum?” I said.  Handing the pack of Beemans gum I kept in Buddy out to him.  Startled he slapped the tears off his face.  He didn’t say anything but his frame relaxed.  He didn’t just take one piece, he took the whole pack of Beemans.  Pascal’s Wager won.  Embarrassed, he turned his head away and looked up at the airplanes.  Silent still.  As he chewed a piece of gum I could hear his breathing slow down.  I stood completely still too.  It seemed like a long time until he spoke but it probably was less than a minute when he said, “It should have been me.”  The man standing next to me at Sun n Fun was missing the missing man and wanted to go with him.

Fighter pilots, fighting machines, Top Guns.  They can be the hardest to read.  Not the WWII veterans, they’re just happy to see their ‘old friend’ Stearman again.  The veterans who fought in Afghanistan and Iraq are the ones I find incredibly interesting to fly with.  Challenge coins, each one of them.   Many are postwar byproducts spring-loaded with PTSD symptoms.  Minutemen addicted to adrenaline and hotheads.  Being a flight instructor for so long, and an empath, I am pretty good at spotting them. They’re war horses, easily spooked.  If you’ve ever had horses, you know the best way to get a horse to let you approach is to calm yourself first.  When I saw their hands shaking, strapping themselves into the military harness without assistance, I would slow everything down. Become as calm of a presence as I could. They were full of anxiety about flying.   They had a love/hate relationship with airplanes that had nothing to do with me.  All CFI’s monitor the temperature of a flight.  The skilled ones regulate it.  I discovered a secret weapon that would lower their stress level and the temperature of the flight.  After I saw my Top Gun’s eyes, down and locked on the panel, staring at the instruments compulsively.  Overheating and sweating.  I would reach up and tickle him until he started to laugh.  In the WWII Stearman’s you can reach the front-seater and touch them.  It’s an interesting method of regulating a fighting machine, but it works.  I could feel them physically cool down once I got them to laugh. Laughing helps retrain the brain. Increases short-term memory and significantly decreases the stress hormone cortisol.  Laughter is proven to be very good medicine. The fighting machines came back from the flight lighter than when they left.

Beemans gum.  The gum of test pilots. The ones with The Right Stuff came home and after what they’ve been through, found everything changed.  The Boeing Stearman, Model 75 WWII trainer, was based on Lloyd Stearman’s Model 6 design.  The “Cloudboy.”  Boeing bought the Stearman Aircraft Factory and they changed the mission of the airplanes built there.  Flying machines became fighting machines.  If a little fabric Stearman trainer taught Cloudboy’s to go to war, it could teach them how to come home too.