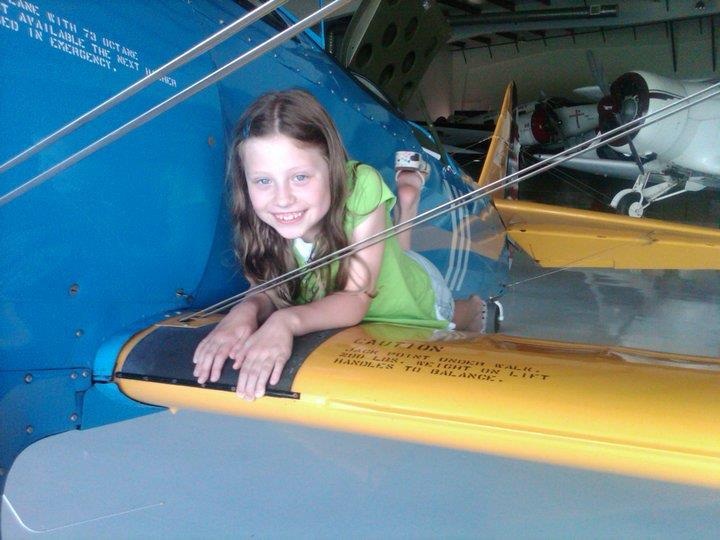 An angel laid on my wing in the museum.  Her name is Evie.  She was eight and told me she wanted to be a veterinarian.  I saw the angel again a few weeks ago.  Now she wants to be a ballerina.  Both are worthy vocations.  She tap danced in sandals, for her parents and me, as the band played in the museum.  Evie told us she see’s dead people.  I said, “I believe you.”  She laughed and just kept dancing.  I see dead people too.  Just among the living.  Fairy princesses and noble knights locked in soul dungeons.  Imprisoned by their lives and their adult decisions.  Grown-up’s wanting to figure out what they want to be when they grow up.  Quantum suicides, pulling the trigger again and again.  Creating parallel persons, where they are both living and dead simultaneously.

I wanted to be a ballerina, an archeologist, a mounted policeman, and a cabaret singer.  I’ve been variations of all of them. I was lucky enough to have parents who told me I could grow up to be whatever I wanted to be.  They never cared if I made money, they just wanted me to be happy.  I’ve tried on professions like shoes my whole life.  Wearing them for awhile and then slipping on the next profession for size.  Seeing which one felt the best.  The ones I’ve worn the longest are pilots’ boots.  I love flying in boots. If it’s hot I take my boots off and fly barefoot.

I remember JC as a monogramed, meticulous man.  I call him JC because I don’t keep full names in my logbook, just initials and copies of 8710’s with the Designated Examiner’s signature that they passed.  All of my students passed their checkride’s.  JC had been promised he could do his private pilot certificate in less than a month by the flight school marketing women.  I hated it when they promised timeline’s to students.  Especially students over 30 years old.  It’s a matter of biology, entropy taking over.  The older you get the slower your reflexes are. Your eye-hand coordination diminishes. The rule of thumb I used was for each decade over 20 years old, add 10 hours to the FAA minimum standard of 40 hours to get your private pilot certificate.  JC was in his 50’s or early 60’s. I don’t remember but I do remember he was an executive.  He had taken a month out of his busy life to get his private pilot’s certificate. The flight school labelled JC as ‘EXEC’ on my schedule.  That meant he was to get my full attention and I was charged with getting him his pilot certificate, no matter what.

JC was superior at cross-country planning, smart, an excellent student, but he struggled with landings.  That smart man could not get the sight picture of how to land a plane no matter how hard we tried.  Usually I give a student to someone else when I’m stuck on how to help them.  There was no one I could give him to that was better than me.  That’s not ego, it’s timing.  A byproduct of turn over at flight schools.  Sometimes there are other qualified instructor, sometime there are not.  I was the only hope he had.  We were coming up on his promised timeline of a month and he was way over forty hours of flight time but I couldn’t sign him off.  JC was ready for the check ride, except his landings still sucked.  We were stuck in a holding pattern, in the pattern, practicing landings again and again with no different results.  The definition of insanity.  I could feel him getting more and more frustrated, which made his landings even worse.  It was all in his head.  His fear had taken over his body.  He was headed for a complete meltdown. I believe in letting student’s do controlled crashes and JC had a big one coming.  SMACK.  He face-planted on the runway hard.  I took the controls and said let’s taxi back in and chat a bit.  By the time we reached the ramp he was crying.  By the time he walked off the wing of the Piper Cherokee he was leaving FlightSafety.  By the time we debriefed he was having a full-blown temper tantrum and never flying again.  I wanted to blow on his face, like a baby.  Get his attention and stop the meltdown.  JC was an ‘EXEC’ and I couldn’t say what I wanted to say to him.  What I wanted to say was, “I’ve spent everyday with you for a month.  Listening to how much you hate your job, your life, bitching about all the bad things that have happened to you.  How much flying means to you.  That it is an escape, total freedom, a holy grail.  How you feel like a kid again when you fly.  Now you’re running away from the one thing you want more than anything because of your fear.  Sabotaging your success by obsessing about some preset FAA timeline you’re not young enough to meet.  You feel like an old man and a failure, so you are becoming what you see.  Literally shooting yourself in the foot.  You are your own prison guard.”  But it was against company policy to crawl into students minds and confront them honestly.  Unprofessional and forbidden.  We were trained to always be polite at FlightSafety.

I had run out of ways to help JC until I saw him walking out of the briefing room.  The shoes.  I apologized, “I’m sorry I didn’t realize this sooner.  My bad.  Your shoes are all wrong.  I should have seen it all along.  It’s not you, it’s your shoes.  Take them off and let’s go up again.”  JC took off his shoes and flew barefoot.  His landings improved immediately.  He lit up inside and would come to fly barefoot, grinning ear to ear in wrinkled shorts and a t-shirt.  Was it a placebo?  I don’t think so.  JC was struggling with his age. Fighting the fact that his eye-hand coordination had changed and he wasn’t as quick to respond as he once was.  He passed his checkride and went on to own his own plane.  He is still flying his plane today.  JC found his soul through the soles of his feet.  He remembered he could dance the day he learned to land the plane as a barefoot boy again.