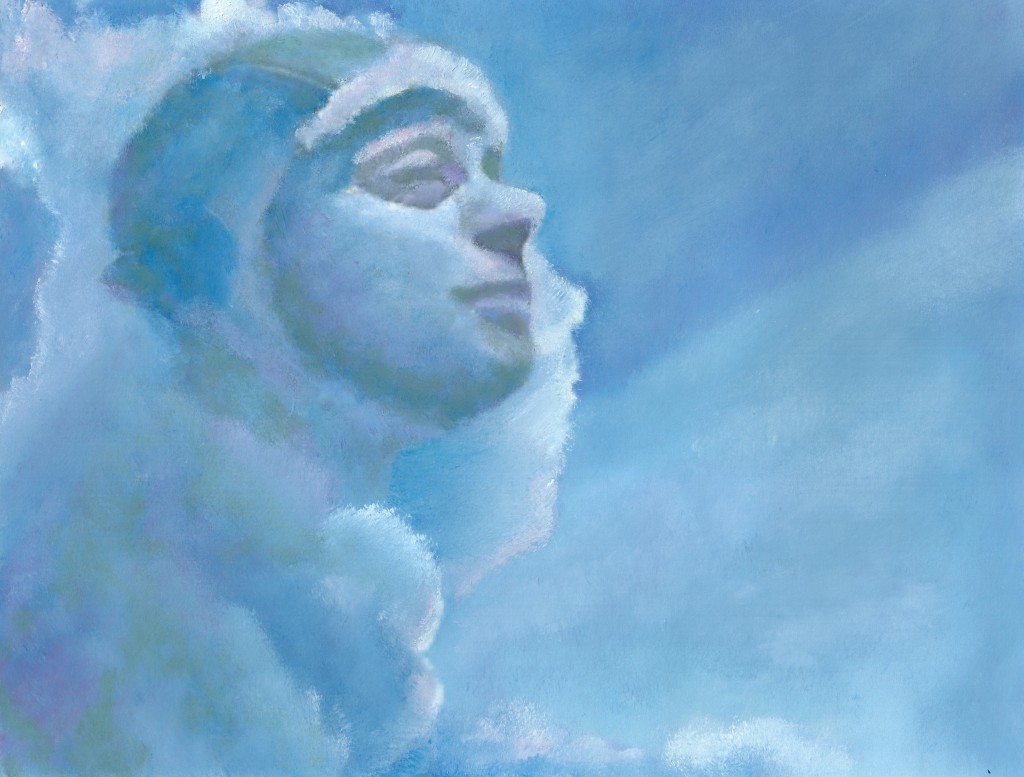 I dreamt of St. Exupery’s fish-shaped submarine Thursday night, and woke to swallows singing across the grass runways in the morning light. Looking through the looking-glass of our patron’s apartment. French doors overlook the runways to the south, and a wall of windows overlook my plane in the hangar to the north. My attention turned from the swallows, to the windows, when I saw a hummingbird hovering there.  Wildly beating its wings against the rafters and the roof. I walked down the stairs and opened the hangar door as high as it would go, waiting for the hummingbird to fly free. My pilot’s daydreams at Poplar Grove are as enchanted as my nights’.  Back in my perch above my plane, I let my thoughts fly away with the swallow and the hummingbird.  The sailor’s good omen and the totem of lightness of being. I’ve spent twenty one years of my life with my nose pressed up against aviation’s glass. Wondering where winged things fly to, and why? Finding flying lessons in the most ordinary, but extraordinary coincidences in the sky.

The hummingbird, the swallow, and St Exupery. What are they trying to teach me? Distracted by these aerobatic birds and their strange connection to my dream of St Exupery. My pilot’s curiosity piqued. I looked into the looking-glass of my mind and saw St Exupery looking back at me, sitting smugly with my plane.  Exiled from his country, separated from his planes, he planned plans of fish-shaped transports to carry them underwater.  Stealing them back from occupied France in the west, under the English Channel to safety. Seeing through his eyes I saw a migratory man, like the swallow and the hummingbird, used to returning to the same home each year.  St Ex was a captive in his Central Park apartment, building submarine models at night and testing them in his bathtub laboratory.  He would be envious of me and my plane sharing the same space.  Thinking imaginary friends thoughts are a favorite pastime of mine.  I imagined St Exupery sitting on my sofa, sharing the hangar with us. Flirting and complaining about my American coffee.

I asked St Exupery. “Which would you rather be, a swallow or a hummingbird?”

In my imaginary conversation I would surely have to show St Exupery I could be just as clever as he.  I opened my copy of The Little Prince to his picture of the boa constrictor ‘swallowing’ an elephant and asked, “Because of this?”

My instinct was to reply quickly too, “the swallow, because they’re song birds, hummingbirds are not.” I love to sing and sing to my plane on every flight. Wanting to be certain I waited, still learning the language of the birds. I didn’t return to St Exupery until Sunday night, having had my happy fill of flying and landing at hangar parties.  I had an answer and a riddle for him.

St Exupery was sitting in the same spot on my sofa, drinking red wine this time instead of coffee. Practicing card tricks and waiting for me.

“I would rather be the swallow,” I said.

“I think the hummingbird isn’t very smart.  Able to do twists and turns, even stop in flight; the most aerobatic of all birds died in the hangar. Despite the biggest brain of any bird compared to its body size, the hummingbird scared itself to death because its reflex is to fly straight up when afraid. Trapped under the imaginary ceiling of its self-limiting belief. Unable to adapt, divert, and find its way to freedom out the open hangar door.”

The similarities between the hummingbird’s and St Exupery’s death in captivity, remained unsaid between us.  We don’t like to speak of sad things. Instead I’ll paint him a picture after coffee tomorrow, as a present for sharing the picture of his submarine in my dream.

Riddle:  Why are pilots and swallows from the same family?