At dinner in Madison last night, I got a text from my friend Chuck Gardner who flies the P51 , with a picture of his throttle on the Mustang broken completely in half.  My first thought was poor little Mustang.  All those different hands and all the years of rough treatment on one thin piece of metal, connecting so many pilots to the heart of that plane.  Metal has such a long memory…my second thought was of Jon Hedgecock.

Jon was Chuck’s co-worker and a pilot at Warbird Adventures in Kissimmee Florida, who gave hands-on flights and instruction in the WWII advanced trainer, the T-6 Texan.   Jon was a beautiful man, he was also physically beautiful, with a long mane of wavy brown hair.  He was witty, sarcastic, and an excellent pilot; beloved by everyone he flew. Jon died in the T-6 with another pilot, May 6, 2005.  In the months following the crash, we learned it was due to a metal fatigue failure of the forward lower wing attach flange, discovered by the investigation team from the NTSB. The FAA issued an AD, an airworthiness directive, that all T-6’s had to have fluorescent dye penetrant inspections of the wing attach flanges, at intervals of 200 hours time in service. The inspection method described in the AD said it, “Should be capable of detecting relatively small cracks that are still growing relatively slowly,” from stress fatigue.  Jon and his passenger’s death, and the weakness that was discovered in the T-6 wing attach flange, may have saved other’s lives.  Too bad they don’t have dye penetrant inspections for people.

I am not mechanically savvy and I am very comfortable with the knowledge that “I fly em but I don’t fix em.”  So when I asked for help for how this could happen to my plane from my airplane guru Jack McCloy, to understand this failure and Jon’s death, he told me simply, “Metal has a memory.”  He explained to me in “Sarah speak,” that if I pulled too many G’s and overstressed my wood and fabric airplane, exceeding its limits, it would break right there and then.  Wood and fabric airplanes are lucky that way.  If we push them beyond their limitations they are honest enough to tell you immediately.  Then we can go beneath their skin and inspect them to see exactly what’s been broken. Metal airplanes like the T-6 are so strong, and built to be so tough, that they can be pushed to, and beyond, their manufacturer’s published limits, and still not fail.  They can be over-stressed  by pilots, becoming weaker and weaker until one day they simply can’t take anymore.  The day that they do break can come without warning, because they’re so tough they accumulate their stresses, holding them within.  Poor metal planes. 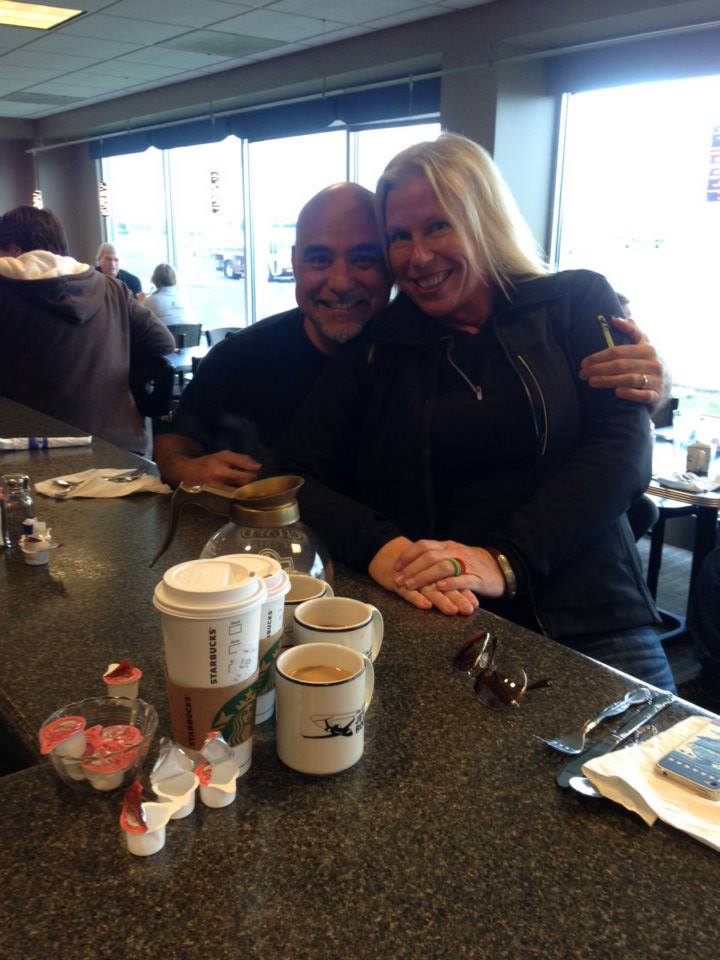 I flew up from Brodhead to KMSN early to do some work and wait for FiFi and gang to join me for the big Bomber Show this weekend.  I also have a fuel leak in my fuel selector valve and feel the responsibility to be very careful getting us into Oshkosh. The selector valve is working perfectly in the main tank position, and so there it will stay until we go to Sammy Taber’s place after Airventure. I have an ever growing army of helpers coordinating a caravan of Jimmie Allen Flying Club stuff for me north. They have gone to Herculean efforts to get everything there, and I wouldn’t miss it for the world.  My best gal pal Jenny Jenn, is running all over Polk County to pick up signs and posters to deliver to Jack and Sally to be driven to Oshkosh.  Wade is flying into Madison for a extra set of pilot eye’s in my front seat.  The Kimball’s are driving in to Madison early to join me, and Mirco is coming in from Italy to unveil our latest creation.  We are writing a graphic novel for a new Jimmie Allen Flying Club.  I first met Mirco two years ago at Oshkosh, sitting with the Kimball’s in the IAC pavilion.  Once Mirco and I started laughing together we never stopped.  On that first meeting he said, “Sarah, you are Indiana Jones. I call you Indy from now on, because we are going together on a great adventure!”  He was right, and for two years now we’ve worked on my dream of reinventing the Jimmie Allen Flying Club in a relevant way, and that it would be designed for teenagers, they are the decision-makers I really want to reach.  So my Italian twin Mirco, and I have developed this wacky virtual office playground, where we Skype or FaceTime for hours to communicate across continents, while I’m flying all over the country in Buddy.  I’m spending so much virtual time with him, I am now virtually part of his family.  Mirco even takes me into his house on weekends, so I can say Ciao Bella to his wife Monica and his children Simone and Frederica.

Sometimes, late at night Skypeing, Mirco and I are really tired and become more serious.  In between my endless story updates, layout ideas, and compulsive design changes, we talk about some of the deepest and scariest things we both face in our lives. Just like the wood and fabric planes we are both trying to save, we allow ourselves to break, then we look beneath our skin to see exactly what’s been broken.  We patch and repair ourselves by laughing, Mirco and I are lucky that way.  Mirco moons Sarah, Sarah tells Mirco a really, really dirty joke, Mirco draws a smiley face on his toe and shoves it back in the computer camera, and on and on until we’ve forgotten what we were worried about, and go back to coloring happily together.

So in my imaginary world, work has become play, and play has become work, all the while effortlessly creating beautiful winged things and dreamscape. When Mirco and I are done with it, we send it all to Mary, a gifted young artist in Illinois, to draw Jimmie, Sarah, and Buck into the comic we are building together.  Mary Claire and her brother Jack gave me the best birthday present ever when they sent Mary’s drawing of me as a comic character, standing by my Speedmail, and asked, “Have you ever considered doing a graphic novel, a comic?”  How incredible is that? For my 50th birthday I get to be a 18 year old girl again, solving the mystery of, “Who is Jimmie Allen,” and discovering a hidden world with a private airfield and a wooden hangar full of fabric planes waiting to be built and flown by a bunch of my friends. Happy Birthday to me…Yippee!