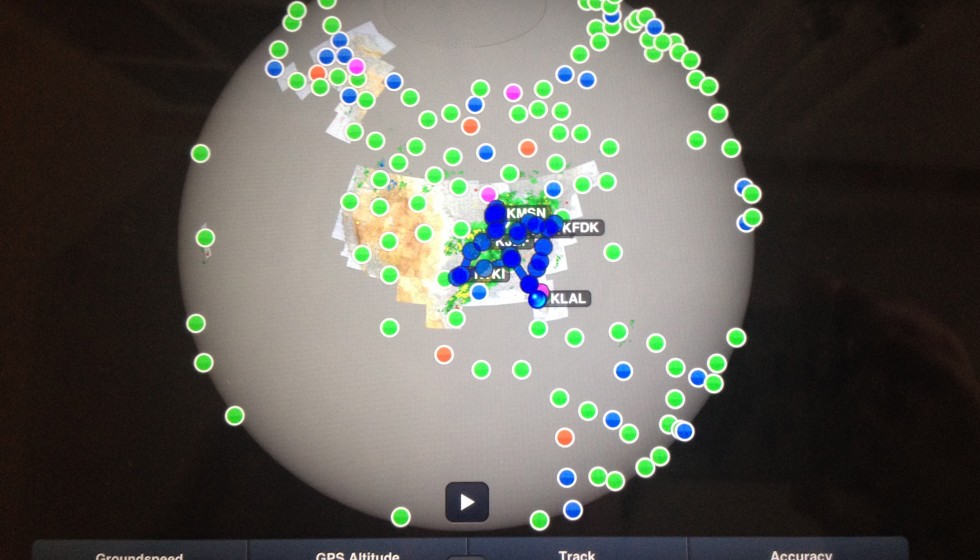 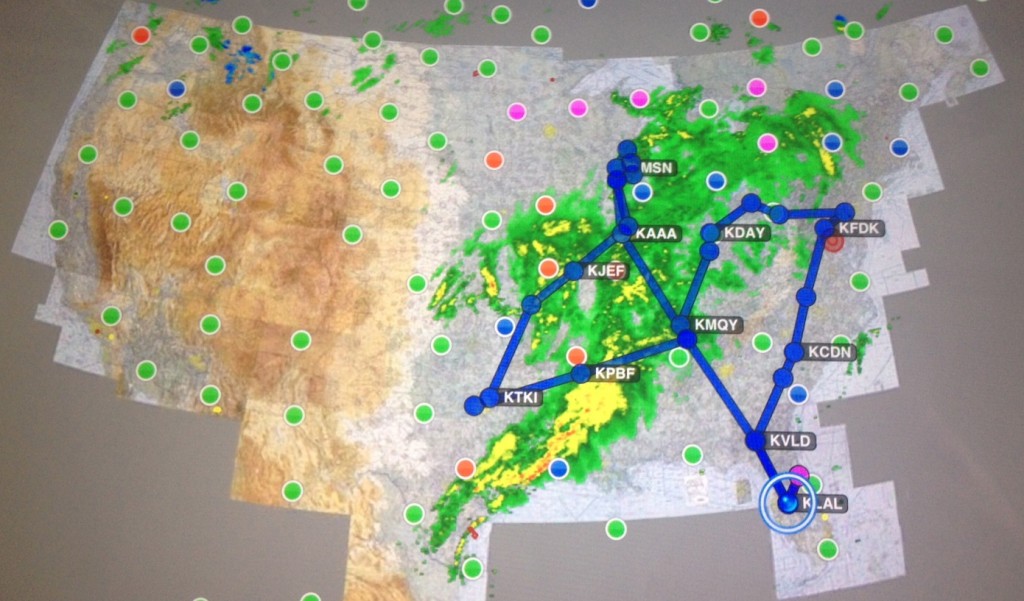 Pilot’s say to me, “you’re living the dream,” but what is that? The dream, and where is that giant dream for them, in little me, flying my little biplane across a giant landscape?   I don’t think of flying as living the dream, I just think of it as part of what I do, to be authentically who I am.  I fly because it’s the most difficult and most natural thing I’ve ever done in my life.  It’s the only thing I’ve ever began without coercion or influence.  I found my way to it completely on my own, unaware that a discovery flight twenty years ago, would force me to discover myself.  Flying open-cockpit biplanes long distance’s across the country is one of the most joyful parts of my life, it is also painfully ephemeral, short-lived. But while it lasts, I choose to wear my heart on my wing, outside my body barnstorming in the summer, and break it open again each fall when I return to tuck my plane back in his hangar.  My heart remains separated from me, beating as if it were attached to Lindbergh’s profusion pump. Glassed in, in the warm walls of Florida.  Until the snow melts and the fields turn green, signaling our spring escape into the sentimental cartography of our path home.

Is the dream pilots speak of to me an escape from captivity, or is it deeper than that?  I listened to you, with hearts breaking in front of me, every day on tour this year.  Choking on your frustration and fear that you’re about to lose something you love. I spend a lot of time listening to people.  In my front seat, my friend St Exupery who flies with me everywhere, shared your heart break – watching his tribe decimated, torn apart in World War II.  He was in exile, and not such a beautiful one as mine.  Separated from his planes that were held captive in France by Nazi Germany.  St. Ex even built coffin-like submarine models, and underwater fish-shaped transports in his bathtub in New York City.  Dreaming of how to sneak his planes out of his homeland, under the water.  He only wanted to put his heart back into his body, to fly below the clouds over France again…to feel whole.  Charles Lindbergh, who occupies my cockpit quite literally, having flown Buddy in 1930, had his heart broken again and again.  Between the years of 1930-1934, Lindbergh worked on a perfusion pump, in collaboration with Dr. Carrel at the Rockefeller Institute, on an experiment to keep detached organs alive. In September, 1935, Carrel and Lindbergh co-published, An Apparatus for the Culture of Whole Organs,  just a few months before the Lindbergh’s went into exile in England.  Escaping the greatest heart break, the murder of their child, and the press that hounded them mercilessly during “the trial of the century.”  Lindbergh’s pump wasn’t an artificial heart, it was a way of keeping a whole heart alive outside the body, in an artificial environment. 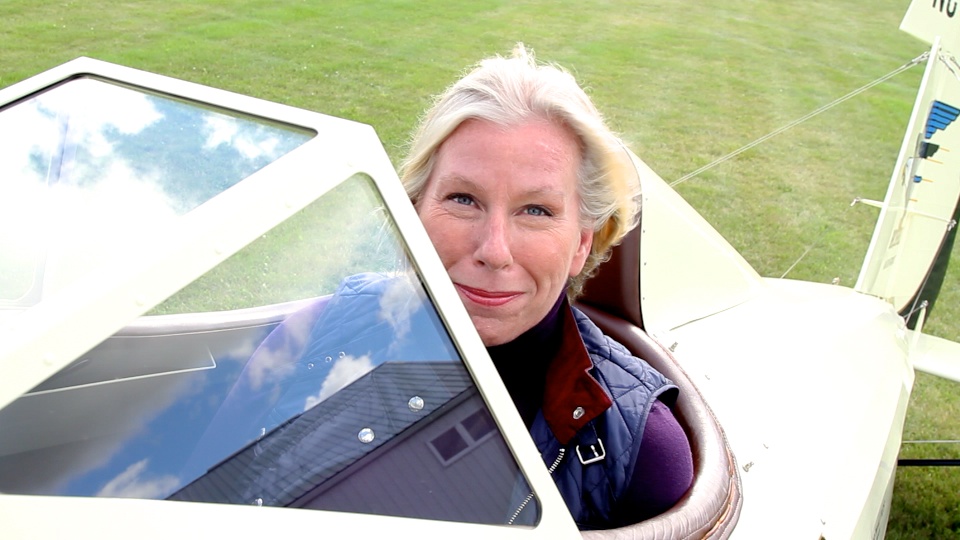 I spent this long summer having pilots share their dreams and their nightmares with me. Shyly admitting to me that you read my blog like a guilty secret.  Showing me your whole heart, the only way you know how, through our common language of flying.  Somedays your fear was exhausting and it overwhelmed me. You cried and yelled, time and again, trying to express what you were trying to hold on to, holding your heart in your hands.  So afraid that the dream of flying was dying that you couldn’t see that it was right in front of you, beating outside your body, alive.  I wish you could see what I see, that the dream is there for everyone, and it’s different for everyone.  People are flying on motorcycles, they’re flying in boats, and with model airplanes.  Flying down country roads on horses, flying in their cars with music blaring, flying in their parents arms, on dance floors, and surfboards.  Millions of people are flying each day with their hands arched like airfoils out the windows of vehicles all across the world.  To understand what I see in the air, what I’m looking for, is to accept that the dream isn’t about airplanes, it’s about people. That the dream of flying, belongs to everyone. 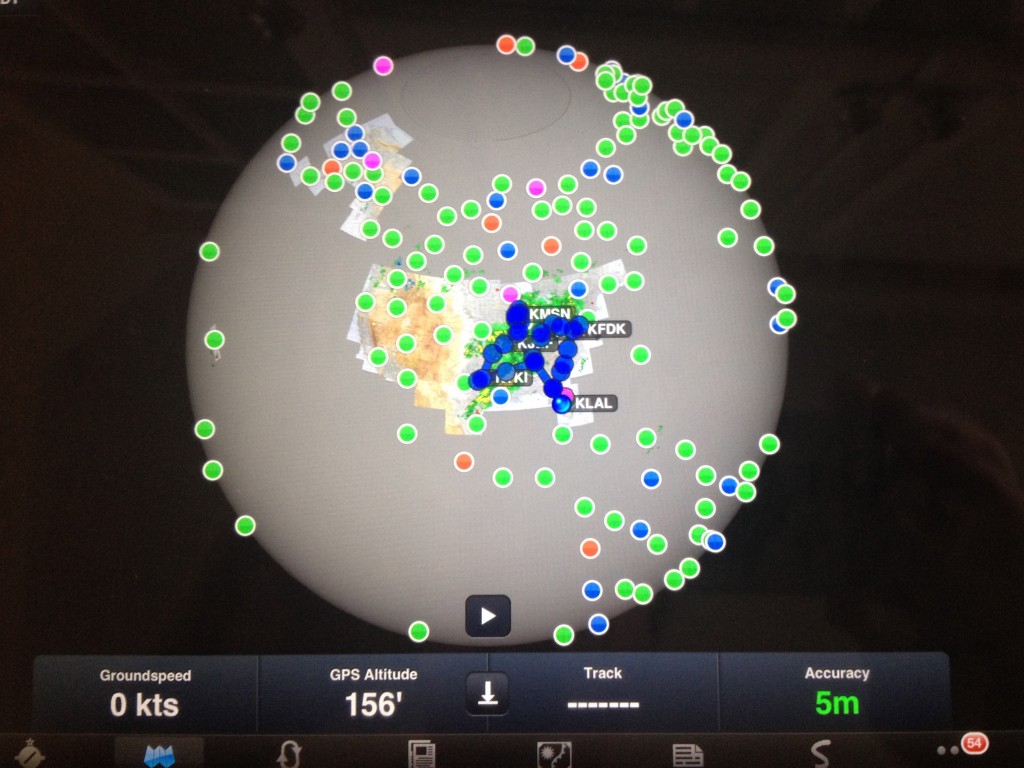 I know my tribe of pilots feels responsible to be the gatekeepers, the guardians of the dream of flying. I’m sorry to tell you, but we’ve made quite a mess of it, the pilots.  The key is my friends, and maybe the key around my neck is, the dream is not ours.  I know it’s so tempting to lock it up, and hold it captive in your hangars, and protect it because it’s so beautiful and judge others for not being good enough.  But the only way that it can survive is to share it, talk about it, and keep it alive, in its natural environment, in our hearts.  We can’t guard the dream, but we can be the Gardeners of it.  We can plant, cultivate, and raise UP this universal spirit of love and freedom found in flying that we hold so dear, and know so intimately.  But first we have to embrace that we are a flying family, one collective heart stitched to one universal wing, with a simple monogram of just two initials…WE.